Many accounts we publish consist of free wwe network trial memberships. These free wwe accounts and passwords with a 1-month trial subscription are not suitable for common use. You can change the password after accessing the login information you received from our website. Accounts are updated frequently on our website. If you are late to get a free wwe network account, you can write a comment.

Wwe network is a paid channel that broadcasts american wrestling live. If you are looking for a free account for the wwe network, which is actively broadcast in many countries, you can get a login from our website. Most of the free wwe network accounts and passwords have trial subscriptions. Therefore, you do not need to pay any fees. Since the accounts are not suitable for shared use, you must change the password after accessing any of the wwe network free accounts we have published. By changing the password, you can use these accounts for at least 1 month free of charge and without any problems.

The accounts we publish will be updated as we receive new login information. If you are late to get one of the free wwe network accounts, you can write a comment. For wwe network accounts, the generator limit is 8.
What is Wwe Network? - Wwe Overview

What is the WWE Network?

Let me talk about it briefly. WWE (World Wrestling Entertainment) is a professional wrestling company that means world wrestling entertainment in Turkish. We can say that it is a company established to entertain people, proceeding in the form of weekly stories in which screenwriters are hosted, containing both reality and falsehood, events are directed by screenwriters and managers. Many people, including myself, thought that the events were real at first while watching, but the events are planned by the writers and we can say that professional wrestlers play these events professionally both inside and outside the ring. Match results are also determined by the authors in advance. But injuries can happen, too. Edge Christian Rey Mysterio suffered serious injuries.

There are three Brands RAW, Smackdown and NXT.

What is a heel character?

What is a tweener character?

Wrestlers who look like both heel and face characters are called tweeners. Example Brock Lesnar, Undertaker.

What is a face character?

In fact, it is called a push when wrestlers suddenly rise to a position to get a belt. An example of this is The Miz taking the Money in the Bank bag and winning the WWE Championship.

What is a mid-carder wrestler?

They are usually wrestlers who play for the middle belts, such as the Intercontinatial Championship, the United States Championship.
Example Wade Barret, Dolph Ziggler, The Miz.

What is a draft?

Brand change of wrestlers is called draft. In other words, some names in RAW are on Smackdown, and some names in Smackdown are on the RAW staff. Names in NXT can be promoted to the main roster. It’s kind of like a transfer in football.

What is a gimmick?

The character played by the wrestlers and the role they reflect in it can be called gimmick. For example, the deadly character portrayed by The Undertaker. The monster character that Kane reflected in his time. The mysterious character that Bray Wyatt is currently projecting. Many more examples can be given.

What is a dark match?

Dark matches are the matches that only the people in the arena can watch when the cameras are turned off after the shows, that is, they are not watched by the audience on the TV. But our respectable audience there puts their videos on the internet and makes us watch them too ))

What is a brand?

What is WWE Live Event?

They are shows organized by WWE in various countries. These shows are not broadcast on TV. It can only be watched by the audience there. WWE runs its weekly shows mostly around America and airs on TV.

It is a recreational sports company founded in the USA in 1952. The company took its new name in 2002. Former names were World Wide Wrestling Federation (WWWF), World Wrestling Federation (WWF). It is the first of its kind to be called recreational sports. it is directed by Vince McMahon. It is one of the world’s largest global entertainment companies. The programs he produces are shown in different languages in more than a hundred countries around the world. RAW, Smackdown! and ECW, each group has its own wrestlers.

At the same time, they signed a 2-year agreement with Eurosport. They started to broadcast the developments of that week with This Week On WWE, and the shows of the past years under the name of Vintage Collection. It has 460 employees, excluding wrestlers, with annual revenue of 400.3 million and annual net income of US$47 million (2006).

It is the main belt given to the champions of the WWE Raw program, a branch of WWE. Sheamus, who pinned John Cena in the now belt-defeating Fatal 4 Way. The WWE Championship belt was first owned by Buddy Rogers in 1963. At that time, WWE’s former name was the National Wrestling Alliance (NWA). Players from the NWA brand were fighting in the belt. Bruno Sammartino holds the belt for the longest time with 2803 days (from 17 May 1963 to 18 January 1971).

When the show first appeared on the UPN Television Network, it aired on Thursday nights, but resumed on Friday nights on September 9, 2005. The show originally aired on UPN in the United States until August 29, 2005, but later on, UPN and WB Channel merged and a new channel, CW Network, emerged, and then SmackDown! It aired on Friday nights. Smackdown remained on the channel for two years, then transferred to MyNetworkTV in October 2008. This show airs on TV Azteca in Mexico and on Sky Sports 3 and Sky Sports HD in the UK on FOX TV. To play wwe network, you can get one of the free wwe network accounts on our website.

History of the Show

Smackdown! It first appeared on UPN Television Network, a Kansas City television special, on April 29, 1999. It was broadcasting on Thursdays at the time. SmackDown, which started changing its logo in 2001! It took the final form of its new logo in 2002. You can get wwe network accounts and passwords for free on my website. In this way, you can play the game very well and be a fan even more. Now you can get one of the free wwe network logins on my website and start the game.

Most of these accounts consist of a 1-month trial subscription. You can access and use one of the following wwe network accounts without any problems. If you are having trouble getting an account, you can request a free wwe network account by writing a comment. 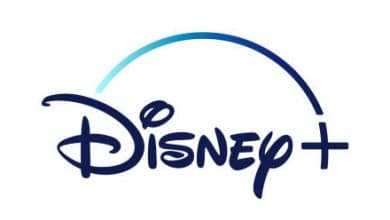